The original Executors, appointed by Mabel Strickland were Prof Guido de Marco, a leading criminal lawyer and Prof Joe Ganado a well known civil lawyer. At the time of writing the will it was necessary for Mabel to specify the appointment of Executors due to Robert (who was her sole heir) having been declared persona non grata in Malta. Normally no executors would have been required. 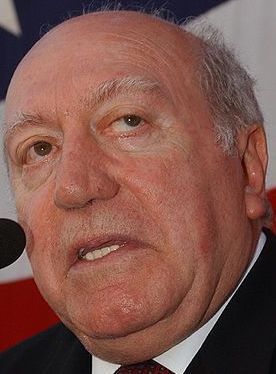 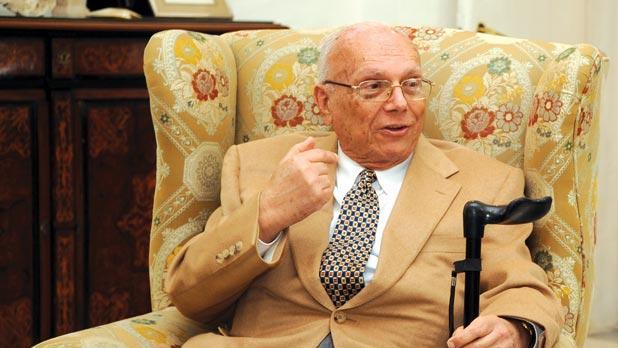 Mabel possessed a large estate but her two key assets were her home, Villa Parisio, and her controlling shareholding in Allied Newspapers Ltd (Malta's leading media group) which were both bequeathed on the death of the testator to the Strickland Foundation, set up in 1979 specifically "for herself and her heirs in perpetuity".

Under Maltese law, on the death of the testator, the sole heir immediately becomes the owner of all the deceased's estate. Yet, at the same time, he also inherits a duty to pass on all valid and quantifiable legacies, pay off any debts of the deceased and any taxes due on the estate; the executors are tasked with ensuring that the heir fulfills these obligations.

In this case, the executors took control of the estate immediately upon Mabel's death, even though their positions (as executors) were only fully confirmed by the Courts in 1994, (some six year later) and even though the heir was by then allowed to visit Malta freely. The executors transferred possession, (but not ownership of the Villa) to The Strickland Foundation and they supposedly registered themselves as the majority shareholder of Allied Newspapers Ltd on behalf of Mabel Strickland's estate at the same time. It is impossible to verify the registration of this transmission as the Allied shareholder register is "missing", and the agreement of the heir to this transfer was never sought or obtained.  They did not act in a bonus pater familias manner as was required in being given the positions of trust by Mabel to look after the interests of her heir. Rather they set out to compete with her heir, from the outset.

Executors have a fiduciary duty to protect the assets of the estate during the whole period of their administration and to properly account for all of it to the Courts (if required to do so) and in any case to the heir. They must ensure that the distribution of the deceased's estate is made fairly and on a timely basis. Where there is any ambiguity in a legacy, as has arisen with Mabel's final will, then it is normal to bring to the the courts attention, for scrutiny, any other contemporaneous correspondence or evidence that might help to clarify the testator's wishes at the time the will was drafted.  In this case Robert's adversaries have deliberately withheld all Mabel's legal files and most of her family files, despite court orders to produce them.

The dispute with the executors concerns the deliniation of "the property known as Villa Parisio", the collections and valuable family heirlooms and family papers that were in the Villa, the extent of the rights that the heir and his family have to live at the Villa and the validity and extent of the bequest of the majority shareholding in Allied Newspapers Ltd to the Strickland Foundation.

Professors De Marco and Ganado's executorship endured for over 20 years.  In all that time, the executors never even tried to achieve an amicable settlement of the estate with the heir.  These original executors have since died. Their failure, Robert contends, was due to their conflict of interest, from the outset, their refusal to consult with him as heir on any important matter and their extraordinary interpretation of the will of the deceased.

Following the deaths of the original executors, Robert Strickland, was duly appointed by the Courts in April 2016 to fulfill any remaining duties required of the executorship. Part of Robert's new duties are to check the accuracy of the estate accounts, submitted by the original executors, and prepare a report on their veracity for the Courts. Robert must then must state whether he accepts that the executors work has been properly done and is complete.  However Robert is unable to prepare this report as Max Ganado, son of one of the original executors is still refusing to pass over all the original Executors' files, as instructed by the Voluntary Court.   To date, Dr Max Ganado has only passed over photocopies of some carefully selected documents and then only after a delay of several years. Similarly the heirs of Guido de Marco have not passed over any of  Mabel's original legal and administrative files, covering the drafting of the revised 1979 will and the setting up of the Strickland Foundation or the files relating to the supposed 2010 transfer of the majority shareholding in Allied Newspapers Ltd.


In refusing to hand over to Robert (or to the Courts), the complete set of Mabel's legal files or the executor's files (currently in the possession of the heirs of the deceased original Executors) Robert's adversaries appear to be deliberately depriving the courts of vital evidence needed to form a reliable judgement in this case. Both Robert and the courts need all background correspondence relating to the testator’s thinking, at the time of her succession planning. Obviously these files are needed to help clarify the ambiguities contained in the 1979 will.


Recognised practice, internationally, is for full disclosure of all relevant documents at the start of any court case. There has been no disclosure of these important documents in Robert's two court cases, and, obviously, this procedure could have prevented much court time being wasted and helped to provide complete transparency.  The Courts have now ordered that all these files need to be handed over, but, as of today's date, this has not been complied with.


The background to the allegations, made by Robert in his court cases, are that both the executors had a massive conflict of interest, from the outset, since they represented not just the heir of the estate (as executors) but also the main legatee (as council members of The Strickland Foundation). The estate was effectively divided between the two parties; but by refusing to allow Mabel’s heir onto the Council of the Strickland Foundation (set up by Mabel for “herself and her heirs in perpetuity”) the Professors held control of the Foundation at the expense of Mabel’s heir and her wishes for a Strickland legacy.


It has transpired that Mabel's intentions to safeguard her Strickland estate, for her sole heir, have been ignored and the most brazen example of this was in 2009 when the executors saw elected their own two sons onto the Foundation instead of  Mabel's Strickland heir. They followed this act by appointing themselves Directors of Allied Newspapers even though The Strickland Foundation was already represented on the board. Shortly thereafter, in fact two weeks after Robert filed his first court case against the executors, the original executors authorised the highly irregular transfer of the majority shareholding out of their names (held as executors of the estate)  into the name of The Strickland Foundation. The original executors (and now The Strickland Foundation) have been responsible for all board appointments and senior editorial appointments ever since Mabel died. Given that a senior nationalist politician has always been sitting on the Council of the Foundation, it is of concern to note that Mabel's entire ethos for a politically independent press has been wholly ignored.

The original executors remained the registered shareholders of the majority shareholding in Allied for 22 years.  This was done because we now know that the executors came to the conclusion that these shares could never be transferred, legally, to The Strickland Foundation.  They knew they had a problem. Notably, however, Robert was never informed of this significant impediment which less self serving executors surely would have done.

As a result of this behaviour, the two original executors effectively controlled the irregularly distributed dividend income (from Allied Newspapers Ltd) paid to The Strickland Foundation and, with it the majority shareholding in Allied Newspapers -  as well as Mabel's home, Villa Parisio, where, in fact, only Robert is entitled to live.

This behaviour is certainly not acting in a “bonus paterfamilias manner” as Executors are obliged to do. Rather these executors used this power to advance their own friends and family, at the expense of the heir and in direct conflict with Mabel's original wishes. For instance they used the Villa to host Adrian Hillman's wedding reception without seeking Robert's approval. Hillman, a close friend of Mario de Marco, was then made Managing Director of Allied. It is now known that Hillman was closely linked to Keith Schembri (and his company KASCO) who supplied not only the bulk of the newsprint paper, but also the new very expensive printing machinery to Allied when they moved their headquarters from Valletta to  the new Mriehel premises.  Hillman resigned from Allied under a dark cloud, having refused to answer any questions about the origins of 650,000 euros allegedly found in his British Virgin Island account, set up at a similar time of those of both Konrad Mizzi and Keith Schembri.  Hillman is still facing questions with regard to these sums. Schembri was, until recently, the former Prime Minister of Malta's (Joseph Muscat) Chief of Staff.

The executors also used Mabel's home to host a wedding anniversary for Adrian Hillman, and parties for Dr Guido de Marco and an 80th birthday party for Prof. Joseph Ganado.  This was never what Mabel intended her Strickland family home to be used for.

Even more malicious was that the executors also made it their life long business to block any legitimate application Robert made to join the board of Directors of Allied Newspapers Ltd, despite Mabel having promised this to Robert if he passed his accountancy exams. Indeed, shortly before Mabel died (but when she was too ill to make decisions for herself) the family insisted on the appointment of another family director which logically should have been Robert. However  Dr Guido de Marco (as Mabel's legal adviser) refused to accept Robert's nomination and insisted that Robert's brother Henry be chosen instead -  despite Henry having no previous board experience.  Henry was supported by Lady Monckton, another cousin (and minor shareholder) whose well publicised hope to become Mabel's heir had been dashed when Mabel chose Robert. Dr Guido de Marco knew well that Lady Monckton would never propose Robert to the Board and so he insisted on family unanimity if any further Strickland family director was to be appointed at all. At this point in time Robert felt it was more important to have family representation on the Board, as he still expected to become the majority shareholder anyway on Mabel's demise based on his knowledge of the 1975 will that Mabel had anyway copied to him.

Despite the ongoing litigation Robert is currently registered as the second largest shareholder in Allied Newspapers Ltd and, as such, has a legitimate expectation to be a Director of the company which has been denied him by the original executors and The Strickland Foundation, regardless of Mabel's known wishes.

In summary, therefore, the original executors inter-meddled with the estate from the very beginning and, unilaterally, put The Strickland Foundation in possession of the key assets without ever discussing or agreeing the validity or limitations of the two key bequests with Robert, the sole heir.